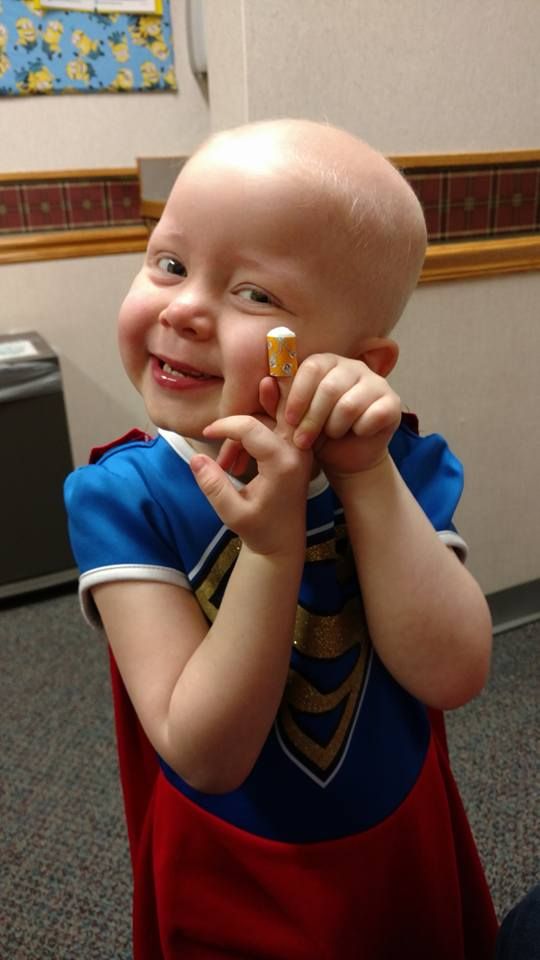 When Mylla was three, her parents took her to the doctor because they thought she had a virus. After a week of being uncharacteristically lethargic and sweating a lot at night, her parents took her back in. They went to their local clinic in Kearney where they did a blood work up to rule out Lymphoma. The family phone rang that afternoon and the Grube family was told to go straight to Children's Hospital & Medical Center in Omaha. They arrived at 8 p.m. where they were met with a kind-hearted doctor. He shared that Myla had ALL Leukemia. Treatment started that night. The next three days are a blur for the family.

After getting settled, Mylla quickly started impressing the nurses with her skills. She would always have to take her medicine by herself. Mylla made sure that family made the best of the time in the hospital. She always wanted to be out walking the halls even if it was two in the morning. Once the steroids started to make it uncomfortable to walk, she made her family push her around in a wagon.

During her treatment, Mylla had 19 spinal taps, tons of steroids and chemo treatments, countless finger pokes, and port accesses. She never lost her spirit. Today, Mylla is kicking cancer and her parents think she is a hero...so do we!

In May 2017 Mylla officially started the maintenance part of her treatment which means a trip to the Hospital only once a month. Mylla's parents are grateful for the wonderful care of the doctors and nurses over the last year. They are also thankful for the support they received from Angels Among Us. Angels Among Us helped with monthly bills so that Mom and Dad could focus on making sure Mylla was comfortable.

Doing good is good. Doing good for others, that makes you an angel.