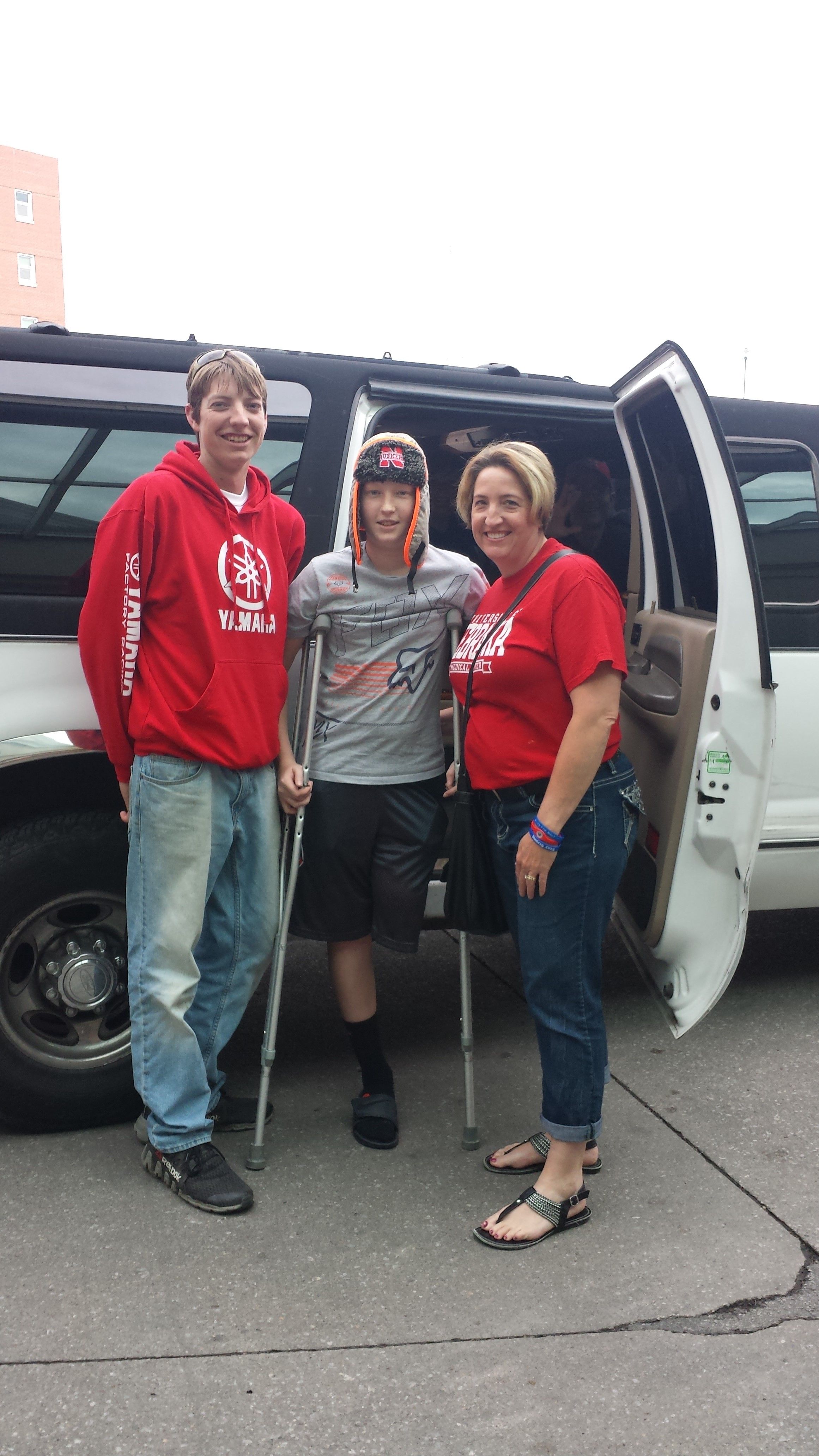 In October 2014, Nick's mother took him to his primary physician because he had been complaining of pain in the shin area of his left leg for about a week. Following an MRI, they found he had fractured his tibia. Following x-rays a few weeks later, they sent him for another MRI. Within three days, the family was scheduled to see a pediatric oncologist and an orthopedic surgeon. On December 16, 2014, the family got the devastating diagnosis of Osteosarcoma.

Nick started chemotherapy on New Years Eve of that year. Over the next six months, Nick spent 18 weeks admitted into the hospital where he underwent 11 rounds of chemotherapy, a week of neutropenia, a bout with c-diff and an above the knee amputation surgery. It was heartbreaking, but not as much as when the family learned that none of the treatments had been successful and the cancer had spread to his lymph nodes and lungs.

Nick was admitted to a trial at the Mayo Clinic for experimental treatment but unfortunately it did not work and on August 17, 2015 Nick earned his wings. Nick's mother says that the family is so grateful that they were assisted by Angels Among Us. "You gave me the ability to be with my son through every single hospitalization, every doctor appointment, every physical therapy appointment and every moment possible through the 8 months that Nick fought cancer. I am so grateful that I didn't have to feel the pressure of going off to work and leaving someone else to care for my son. I am so grateful to have had that time to focus fully on my son and give him the love and attention that he needed and deserved while he was battling this evil thing called cancer. Thank you to Angels for helping us with our house payment through the time we fought for nick and for also giving me time to grieve before having to go back to work. I am forever grateful to you all."

We will never forget our Angel - Nick.