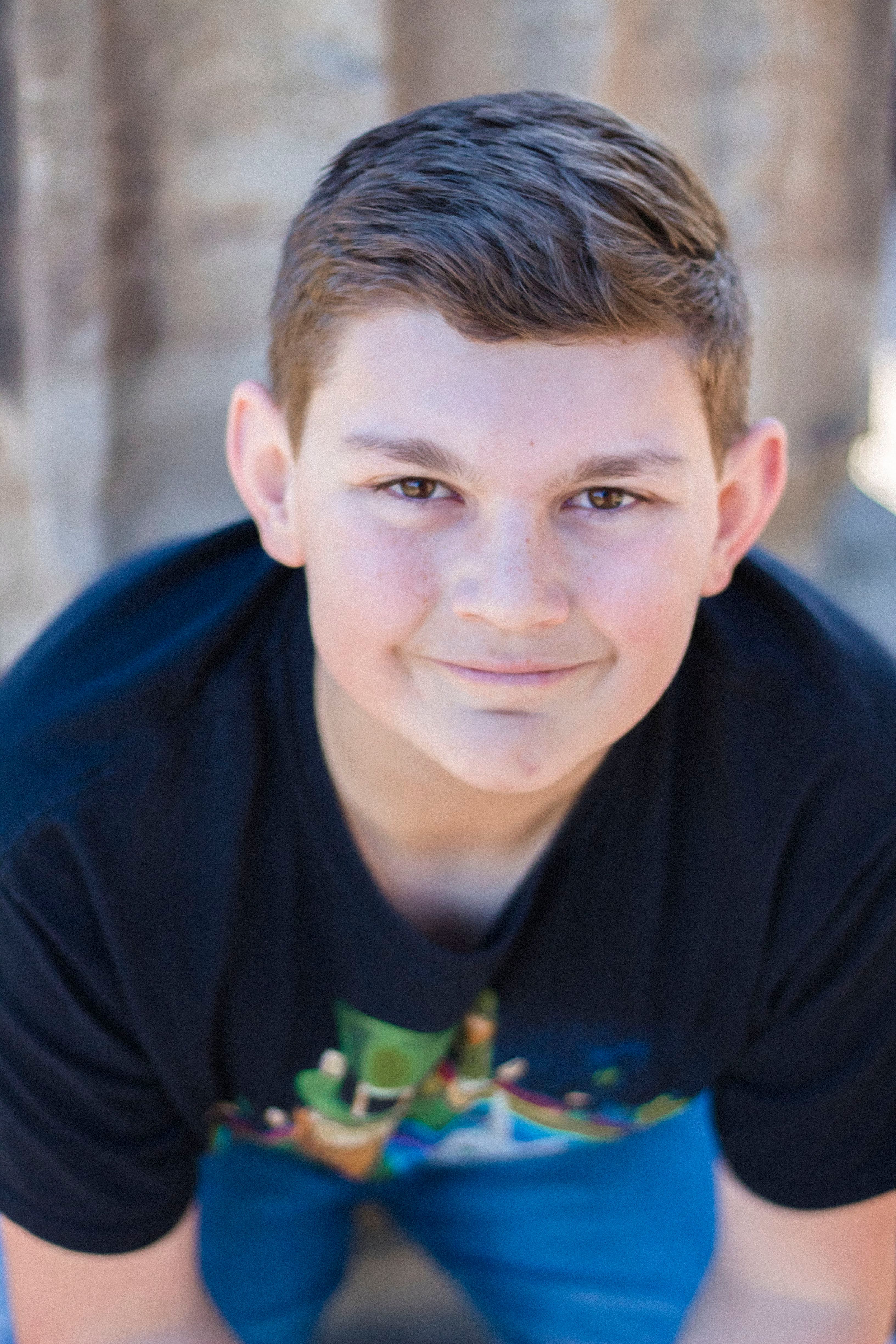 As told by Caden's momma:

"I began noticing signs of distress in Caden at age six after his first two open heart surgeries. His cardiologist agreed to do a cardiac MRI on Caden in the spring of 2012 just to get a closer look at Caden’s heart to see what was really going on. They found a couple of areas of concern in his heart they wanted to monitor further before deciding whether another heart surgery was needed. A bigger concern was the mass they found in Caden’s liver while taking the pictures of Caden’s heart.

Once the MRI was completed, they immediately took him for an ultrasound to see if they could gather any more information on the mass. Caden was then referred to a tummy doc who decided to have a complete blood count including liver markers drawn on Caden. One of those markers is referred to as Alpha Feta Protein, or AFP. In a normal healthy body the AFP is typically between 0 and 8. Caden’s AFP was 12,000 confirming that Caden had liver cancer. We were scheduled to see the surgeon the very next day where we decided the best way to remove the tumor in Caden’s liver and what additional surgeries may come afterwards.

On May 7, 2012 Caden underwent a lobectomy were they removed 75% of Caden’s liver and his gallbladder to ensure the tumor had been removed successfully. I agreed to have Caden’s pathology slides be examined by a second Children’s Hospital for research on the kind of cancer Caden was diagnosed with, Hepatoblastoma. On May 25, 2012 Caden’s Oncologist, Dr. Don Coulter, called me to let me know that Caden’s pathology slides indicated he had stage 2 Hepatoblastoma and that I needed to bring Caden in for chemotherapy first thing Monday morning.

Caden had a port surgically placed in his left shoulder area, which is where he would receive his chemotherapy medication for the next two months. We spent more days in the hospital that year then we did at home. Because the chemotherapy was short, there was supposed to be minimal side effects for us to worry about. Unfortunately, Caden took the chemo much harder than expected. He lost his hair, his appetite and in turn, tons of weight. There were some complications with an infected abscess in his stomach after surgery which made him deathly sick on top of the side effects from the chemo. There were a couple times I wasn’t sure if I was going to bring Caden home.

Caden was pronounced in remission on August 8, 2012. He spent a lot of time recovering after that- both in the hospital and at home. He was finally able to go back to school in January of 2013 and be with his friends again. Everything started to calm down until our annual cardiology checkup in February 2015. Caden had significant narrowing in his pulmonary valve and they wanted to try a balloon catheter procedure and possible stent placement in the valve to allow the blood to flow throughout his heart better. The catheter was unsuccessful and Caden underwent his third open heart surgery in July 2015. At Caden’s six month post op appointment (Feb 2016) they had noticed significant scar tissue again in the pulmonary valve causing increased narrowing and wanted to retry the heart catheter with possible stent placement in March of 2016. That catheter was also unsuccessful and Caden had his forth open heart surgery in May of 2016. Because of all the damage to his pulmonary valve Dr Duncan decided to place a donor valve including pulmonary branches in Caden’s heart in the midst of the surgery. Caden took to the new valve stupendously. At Caden’s six month post op appointment in Dec 2016, Caden again showed increased narrowing, but in a different area of his heart this time. He underwent yet another balloon catheter with stent placement on March 1, 2016 which was successful.

He was then referred to a Pulmonologist, Dr. Wilson at Children’s Hospital, to further investigate his continued breathing difficulties. All of their testing has come back inconclusive. We've been told Caden's left valve is “leaking” and the non-evasive alternatives are no longer beneficial in Cadens case. We are waiting for the "window of opportunity" to arise before undergoing another open heart surgery.

Caden is only 14 so his body is constantly changing. In November Caden started to show symptoms of a possible brain tumor so he had a brain MRI and spinal tap done. He had high fluid pressures in his brain and a swollen and protruding right optic nerve but no cancerous tumor. He is currently on medicine to help with the excess fluid while the Neurology doctors decide the next steps. He was also diagnosed with Asperger's over Christmas break."

Angels Nation continues to send the Hester family love and prayers. Your battle is SO big, but please remember NO ONE FIGHTS ALONE.