The lies I tell others... 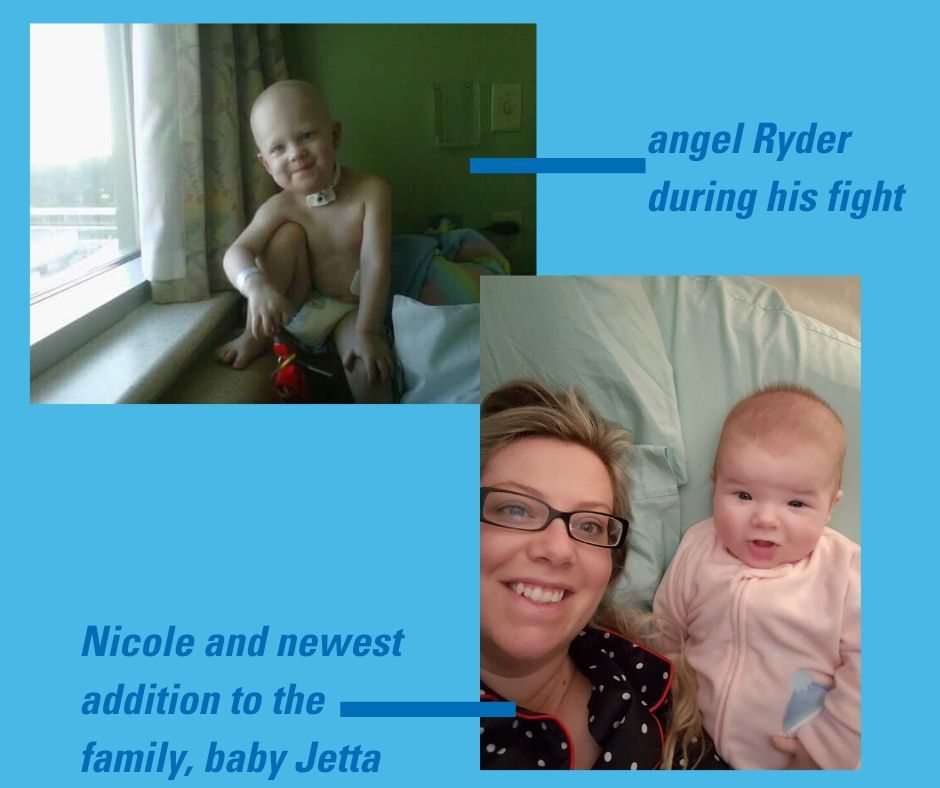 "Not too long ago I was sitting in a salon chair with an unknown stylist.  We were making small talk while she curled my hair.  My baby shower was later that afternoon and at 36 weeks pregnant, I was huge, slow, and constantly exhausted.  The last thing in the world I wanted to do was hold a blow dryer and dry my own hair.  As a result of this laziness, I treated myself to a shampoo and style.  Unfortunately, since I decided to do this last minute, I found myself in the presence of a stranger.  Don’t get me wrong, she was a nice enough lady, but still a stranger.

While we were chatting, she asked me if I had other children……I felt my heart sink.  I do…but unfortunately, my little boy lost his fight to cancer eight years ago.  Thoughts raced through my head….should I be honest….do I even want to go down that road…..do I lie…..what is the appropriate answer in this situation?

I replied, “Yes.  I have a son.”  Now this is true…technically, I wasn’t lying.  She went on to ask if we had been to the zoo yet this year.  I skirted around that answer and again said, “Yes.  A few weeks ago.  We had a lot of fun.”  Again…technically I wasn’t lying, I just failed to mention that I went with my sister and my niece….not my beautiful little boy.

She went on about how excited my son must be.  I said, “Yes” …again…likely true...

I left the salon that day thinking about what a liar I was.  I ran the conversation over and over again in my head.  To the stylist, the conversation was likely one of dozens she was going to have that day…but for me, the small talk had me thinking…..was I a liar?

The more I thought about it, the more I realized that cancer had forced me to be a liar.  I’ve been a liar for years.  I thought back to many of the conversations I had during Ryder’s treatment.  I thought about the instances where I lied and told people the easier answer.

During Ryder’s cancer journey, this was my go-to response.  It almost became a habit.  Day after day, to anyone that asked how things were going or if they could help, my canned line was “No, we’re fine.”  “Thank you, but I’m okay”.

As a parent going through a similar situation, you know that I was not “fine” and I was far from “okay”.  My baby boy had cancer.  He underwent inpatient treatment for seven days each month and was readmitted a week later for another seven days due to fever.  We would spend 15 out of 30 days in the hospital each month.  This went on for close to nine months.  When we weren’t in the hospital, we were visiting the clinic at least twice a week.  We were busy.  I was overwhelmed, I was stressed out.  I was scared.

I even lied to myself sometimes…I had to.  But why….why is it so hard to be honest when you are battling this beast.  As parents, we put a smile on our face so we can be strong for our child.  Kids are incredibly intuitive and as parents, they look to us for strength.  They need us to be “fine”.

As your child battles cancer, you have to be strong, and brave, and responsible…and apparently you have to be a liar.  But what if there were opportunities to spill your guts.  To answer openly…to get into the deep dark truth.  An opportunity to let people know… “Hey…today was a rough day, but we will give it another go tomorrow”….because the truth is…you have a tomorrow.  You have a right now.  Yell if you feel like yelling, cry if you feel like crying….if you want to tell the random hairstylist your whole damn story – DO IT.  You are paying for the time.

We are all fighting a battle…and each battle is unique….but we all know what it means to hear those words….your child has cancer….and we all know what it feels like to fight like hell to change the course.  Don’t feel bad for not explaining it to others….don’t feel like a liar for telling people “I’m okay”.  But do know that there are people that are willing to listen…if you want to share."