Angel Skylar: The inspiration behind what we do 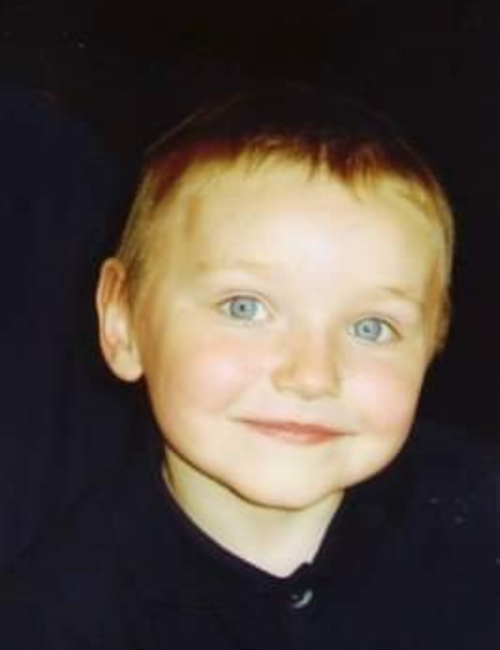 As told by Skylar’s mom, Kelly:

I love being a mom. I never knew how much love you could feel by having a child. My son Skylar was born November 4th 2000. He instantly became my best friend and grew into a little man before my eyes. In May of 2004 he started getting night sweats and his fever would strike at different times of the day. He was taken to the doctor twice and we were sent home with its just a virus. Once again his daycare called with his fever of 104. I went back and had a full examination with his doctor. As he felt over his stomach he found a lump. The look on his face when telling me I needed to get it checked out was not one you want to see. A few hours later after entering a hospital we were told my son had a mass on his Adrenal glad which is located next to the kidney. The doctor then proceeded with the chances of it being cancer very likely. My son was 3 years old. The reaction was NOT MY SON!

Skylar was checked into Children’s hospital June 1st of 2004. After 2 weeks of biopsy’s we were told his cancer was called Neuroblastoma. This is one of the hardest childhood cancers to fight. After being diagnosed you are sat into a room with your doctor and they go over papers of treatment. What to expect and how long it will take. It is very hard to walk into your child’s room after this and smile. When children go through this they become adults in the aspect of toughing it out, Maybe even more so then adults. When I told him as much as he could understand he asked me if he would be ok. Of course you will be ok! I am your mom and I take care of you and we can beat this!

Chemo was started and life as a child had to change. He could get sick to easily because his blood counts were low. Germs became life threatening. Playing with friends and going to public places became off hands. Best Friends didn’t even touch what we became. Love doesn’t come close to how I felt for him.

Five months after he began treatment we found out Chemo had stopped working and headed straight to San Fransico for help. They had an experimental treatment called MIBG. MIBG is a radioactive material injected into your child’s body and heads strait for the tumors. Their is a lot more that goes into it but that is the best way to describe it. For seven days our child sat in a bed with tubes hooked up to him. To top this off, we could not go in or we would get to much radiation from him. Our whole family came out and took turns spending 15 minutes a day inside this room. There was a lead wall covering him from us to see so we had to talk to him through a mirror on the other side. I couldn’t sleep next to my child for 2 weeks. After all of this we got a report that his tumors shrank dramatically! This was the only good news we had received.

We went back a little over a month later to reduce the treatment. After the second round we were told there was no change. Our doctors decided stem cell transplant would be the best move. Stem Cell transplant was the hardest treatment of all. He lived in UNMC for a month and a half. He had many complications that could have taken his life but my little superman stayed strong. As soon as his blood counts started looking better we took him to Adventure Land because he deserved it. His face was swollen and he had no hair but he didn’t even notice it. One little boy standing in line asked him where his hair was and Skylar told him it fell out. As a parent I got worried the little boy would be mean but he told him he looked cool. He was cool and you didn’t have to be his parent to see it.

After another set of scans and being told there was no change we started to make our make a wish trip plans. We still headed out to California for a few more tries of medicine but nothing would work.

Our family flew out to Disney World to try and put our worries as far from us as we could. That place really made a wish come true. He was in extreme pain but took his medicine and did as much as his little body could take.

May 22nd of 2006 my 5 year old son passed away in bed next to me. He never looked so peaceful in all of his days. The pain and suffering were gone. My best friend left this place before me.

It is very hard to write a story like this but writing it reminds me of his strength and courage. Any child that battles cancer should be considered a hero. I know Skylar would like to be called my little Superman.

It took months to even be able to think about anything but his passing. I had no will to work but bills kept forming. My husband knew I needed to get out but I couldn’t face it. A women by the name of Cathy Bauer called and said she was interested in starting a non-profit called Angels Among Us. They financially assist families who have a child battling cancer. She had heard of Skylar and sent him presents when he became so ill. I met her and listened to the cause.

Angels Among Us gave me the purpose to live again. I feel helping families who are going through what I have gone through would be the only thing that made sense. Since November of 2006 we have helped over 406 families. Angels Among Us strives to be the place a family battling pediatric cancer turns for help in a time of need. I would have never been able to do this without the strength I learned from my son.