Life Changes in an Instant 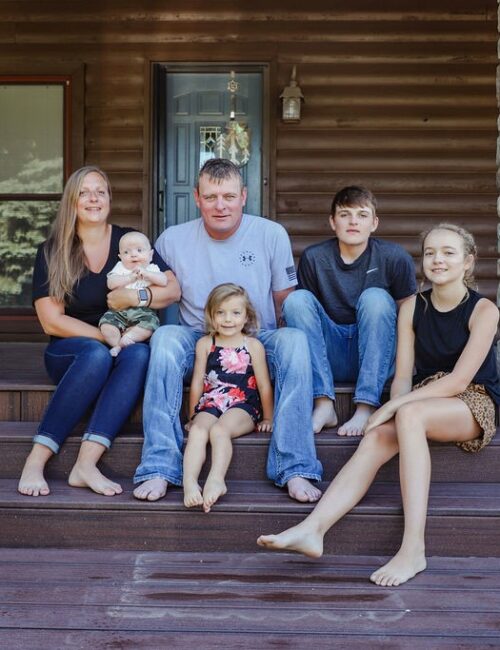 The year 2020 began as an exciting year for my family. We were expecting a new baby in February and had moved to a new house that would comfortably accommodate our growing family, as we now have four children; Keaton (14), Kira (11), Keely (3), and the new baby Kyzer. As Covid-19 hit, we were able to adapt and we grew closer as a family, spending our summer outside and in our pool. When August came, our lives went back to normal. I went back to work as a teacher, the older kids went back to school, and the little kids went to daycare.

Nine weeks into the school year, I got a call from daycare that Keely was complaining of an earache, which was not typical of her. I took her to the doctor and she started ten days of antibiotics for an ear infection. At the end of the ten days, she was still complaining of an earache and her skin had started to turn yellow. I took her back to the doctor and that was the day our lives changed forever.

The day was October 19th and I left work early to spend some extra time with Keely before taking her to the doctor for her ear infection that wouldn’t go away. As I was talking to the doctor about what was going on, his entire demeanor changed as he told me he needed to do some blood work, it was then that I began to worry. About 30 minutes later he came back with the results and tears in his eyes as he broke the news that it looks like Keely has leukemia. Everything happened so fast, I called her dad and told him to come immediately. By the time he got to the doctor’s office an airplane had arrived to pick up Keely and fly her from Grand Island to Children’s Hospital in Omaha. Because of Covid, we were unable to go with her and had to make the long drive to Children’s to meet her there.

The next 24 hours were a whirlwind. After many pokes, port placement, lumbar puncture, and bone aspirate our worst fears were confirmed, Keely was diagnosed with Pre B cell Acute Lymphoblastic Leukemia (ALL). The life that I knew had stopped. I was no longer a teacher, I was no longer at home taking care of my kids. I was now the mother of a child with cancer, 178 miles from home and unable to do anything except worry and focus all of my energy on Keely and what we needed to do to get her better.