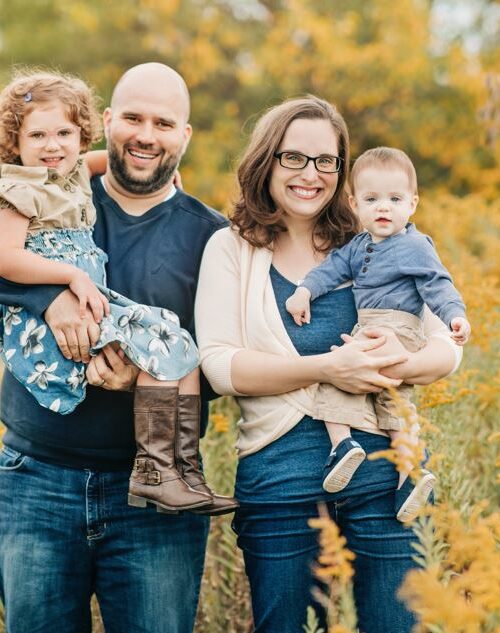 Kathryn’s cancer story started with a fall in November. We were playing outside and she tripped over her feet, cried for a few minutes, then continued playing. When we went inside, I took her mitten off and noticed a bump. She said it didn’t hurt and could move it just fine, and the doctor assumed it was a hairline fracture. We taped it up for a few weeks and thought that was that.

After a few weeks, the bump had not gone away and the doctor thought it might be just a bony callous that would eventually go away. After some weeks the bump looked to actually be bigger, so we opted to remove it since it had started to become an annoyance to Kathryn. We were told the chances of this being cancer were microscopic.

On Tuesday, Feb. 23, 2021, we got the call in the morning that the pathology did not look right and we needed to come in to talk later in the afternoon. The surgeon told us that it was Ewing’s Sarcoma. Kathryn has been in an intensive chemotherapy ever since and has had her pinky finger amputated. 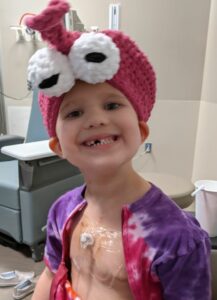